Music constantly restarts and cuts itself off like Resident Evil 2/3. Rigs tend to explode (I saw a horse collapse into itself,) crashes are possible to happen when lots of enemies are on screen.

I believe this is caused by the ARAM-DMA hack, but, Star Wars: Rogue Squadron 3's rig issues were MMU related, so that is also a possibility. More testing is required to narrow it down, but, given the nature and randomness, this will take time.

If you play through the boat chase, the first area with the horses will have the ambient bird loop skipping and restarting. I saw the horse rig explode just getting off of him after riding for a minute. Probably can reproduce that just getting on and off enough but it seems random.

Did not appear to in a quick check. I believe that ARAM-DMA Hack removal is the cause, but, DynamicBATs also falls in the current range of my bisect.

Two PCs were used for testing:

I didn't save because i'm dumb and stupid.

Also noticed part of the minimap didn't render. This is pointing toward something else probably. 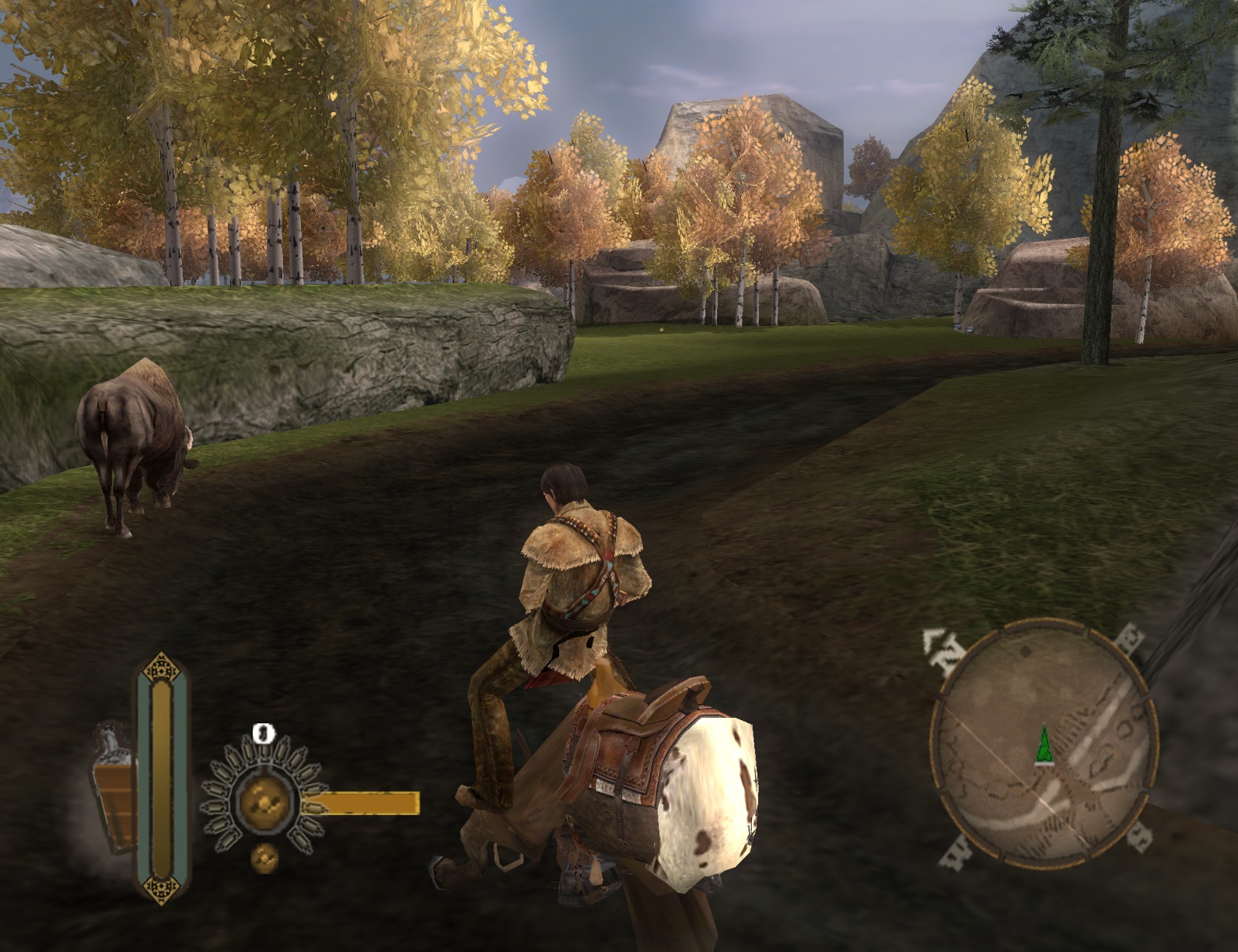 Example provided above. Unlike master (this is in 5.0) the issue doesn't disappear.

Reproduced the crash in Dolphin 5.0. Reproduced the music issues as well, though, I'm not entirely sure what's causing them. It may jsut be a quirk of the game itself as it seems to be trying to make things quiet for voice acting but then intermittently making it loud again.

The game can pretty much crash whenever it feels like. The easiest place to set it up to crash is in the Saloon during the card games. If you just mash A you'll usually lose and if you lose hitting A restarts the event infinitely. It has a chance of hanging every time it switches to another character for their action.

After paying closer attention to the issue, I believe it can be solved by using a CPU Clock Override of 215% or higher. I noticed in the town there were large disparities between FPS and VPS. When I tested on console the game seemed smooth enough (I don't have the tools to see how smooth it was running really...) meanwhile Dolphin would be running something like 38/60.

I ended up at 215% by testing it in the towns until FPS matched VPS (I could no longer run it full speed, so, think 54/54 or something) in single core. I believe this is a similar case to True Crime: New York.

TODO: roll in the other GUN issues into this one.

Updated by Miksel12 2 months ago

According to Nolendil on the wiki, only the crashes happen on the latest builds.