Added by waspennator 6 days ago. Updated 4 days ago.

For some reason, custom CAW's (And I'm assuming the same thing is also going on with the Revenge mode boss characters) seem to be completely invisible save for their eyes and mouth. Seems to happen when using "Store EFB copies to texture only" as it seems to be fixable by swapping it to "Defer EFB copies to RAM".

Easiest way to see it is to boot the game up and go through till you get to the main menu, then head to the create a wrestler mode and choose to create a wrestler, it should be noticeable as soon as the model pops up.

With EFB copies to texture only: 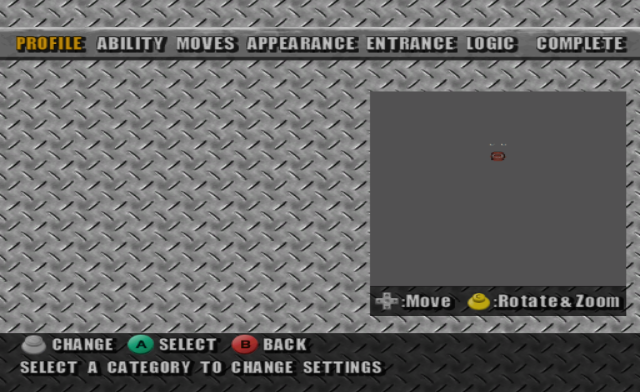 With Defer EFB copies to RAM: 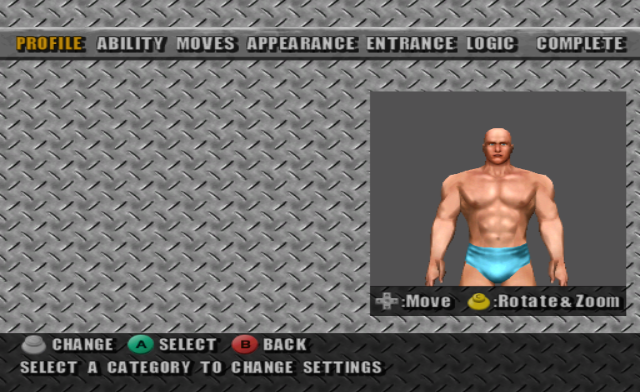 Updated by waspennator 4 days ago

Gathered up some FIFO logs of the issue as well if it'll help.

Basically the game is using RAM copies to draw here. IF there isn't a huge performance difference we can enable it by default.

Updated by waspennator 4 days ago

Tested out the game again with Defer EFB copies to RAM on and outside of some slight stutter (Which i'm assuming is coming from shader cache building) game seems to run stable enough at a steady 60. Tested out with a default CAW on revenge mode and 2 fatal 4-way matches with all CAWS and it mostly stayed stable and locked.

While I was not able to test out with the revenge mode bosses (They have to be unlocked by going through Revenge Mode), looking around, I have reason to believe they suffer from the same issue the CAWS do (Invisible save for the mouth and eyes) and also should be fixed by this, which would make sense since they are likely just CAW's made by the game devs and turned into bosses for the game's revenge mode.

For some reason though this issue does not happen at all with the regular wrestlers, EFB copies to ram on or not.